Trapped by the Wind 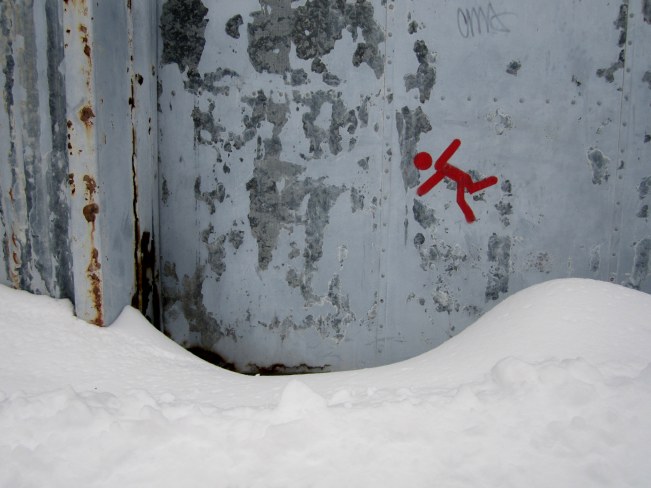 Once upon a year ago, I was in New York City to take my sister out for her Christmas present- two tickets (okay, so also a gift for myself) to the ever-excellent production of Sleep No More. I felt comfortable moving through the city without feeling annoyed or invaded, mean or isolated. I was still buzzing from the ecstasy of cycling Japan and Korea, wide open to the continuity of the human condition, ever at once a part of a whole and the entirety in a slice. Clearly, too big a sensation even for a sentence.

But January gradually wound back up into an uneven knot, all the openness and gratitude now in combat with doubt and lack of direction. Heart, playing at soothsayer, suggested simply picking something next, regardless of its grandeur or pettiness. Mind, strategist, reeled with options and grappled for any sense of focus or motivation. I half-floated, half-adventured, and clumsily threw myself back into cycling for, if anything, something to do that I figured I might as well.

Now upon today- again, January. Tiny citizens of snow made a bitter commute from the clouds, barreling into the 9AM rush hour with us. The Hospital, future home, waits at a ten-minute walk from my latest apartment. I haven’t developed photos from the summer yet, but I’ve been meaning to. They look, honestly, really good. I wonder what to do with them, because most everyone I live with and know in New York is really sharp with media platforms and would encourage me that way if I asked for help. I’m still just enough of a Luddite to argue the existential questions of an online personality and end up so muddled about my goals with media to do anything with it. I’m the person who scoffs at the idea of a social media intern who would actually need one the most.

See, already I’m grossed out. Social media savvy? Advertising your image? Bikes are easier. But escaping on Hermes and making my way with a pannier, no money, and no need to consider Instagram ever again isn’t a permanent solution for my qualms either. A damn good temporary one, but not an attitude that will help me reconcile with modern workings.

Staring at rows of red-brick project complexes under the ather than finding inspiration in the boreal wind, I feel caught in its grips.

I don’t mean to navel-gaze (well, maybe a bit), but to observe the cycle in motion (okay, navel-gazing a lot). It’s easier to imagine leaving again and getting back on the road. But, for any edge of bravery that bears, creating roots seems to me to be the much greater challenge.

I am trying so hard not to slip into banalities here for the sake of a post with a lesson. There isn’t a lesson. Currently, there isn’t a clear plan. Kind of like biking, I’m making it up as I go along.