There are many different ways to be an explorer. Of senses, of geographies, of languages, of stories. Ideally, you’ll get to have all of these in whatever journey you take. If part of your goal is to move physically from one point to another, there’s many ways to do this too.

1. How much time do you have? Time is interdependent with distance and mode of transport. For instance, if you crave the French countryside on a bicycle and you’ve got three weeks, cruising 40 miles a day could take you from Bordeaux to Montpellier and back. If you have a week to get from Beijing to Shanghai, you’re going to need to take some trains, hitchhike, motor, or fly.

2. What’s your budget? Money is interdependent with comfort and convenience (not enjoyment). There are many ways of saving while you travel- camp outside, pick up people on Craigslist needing a ride between towns for a little cash during your roadtrip, stay in hostels, eat grocery store deals all the time, busk jewelry as you go. The more you save, the more inconvenient your options may become. The more comfort you need, the more you’ll tend to spend. It’s worth challenging your need for comfort at times. However, not everyone finds enlightenment meditating in the mountains. Find the right balance for you.

These two pieces will take just a bit of basic math. Don’t sink into minutiae- you’re still within the dream stage.

3. What do you want to find? There’s a very good chance it won’t be what you end up with, but knowing your intentions going into your trip will shape your attitude. For instance, if you’ve spent a lot of time doing the same job day in, day out, you may be craving a new skill or environment to learn about. If you have become jaded by distrust in others, you may want to ramble in a foreign language and rediscover generosity and communication. If you have worked too hard, you may want to discover simple and easy delights. If you don’t believe in your own courage, you may need to prove it to yourself with a solo journey.

Explore the links below to see how other people have moved from one point to another.

Thomas Stevens spent two years cycling around the world on a penny-farthing bicycle in 1884-1886.

Walk across America, like one of the 16+ people documented to have accomplished the journey. 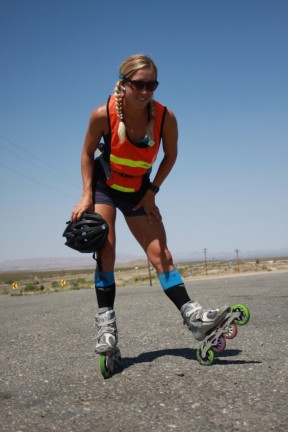 Kacie Fischer rollerbladed across America, and probably went faster than I did on a bike.

Race a rickshaw across India at one of three annual competitions. 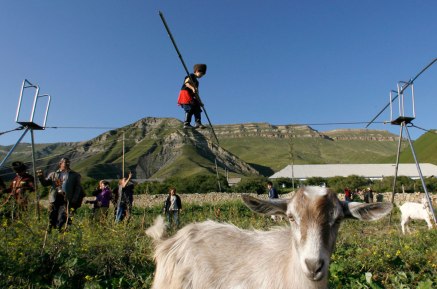 Learn to tightrope walk, like this entire Russian town. Photo by Thomas Peter.

Take the Trans-Siberian railroad and see the entire Russian countryside.

Walk or hike along the Canal du Midi from the Atlantic to the Mediterranean.

AND THEN WE SWAM- Two Brits crossed the Indian Ocean in a rowboat and ran into a huge problem. 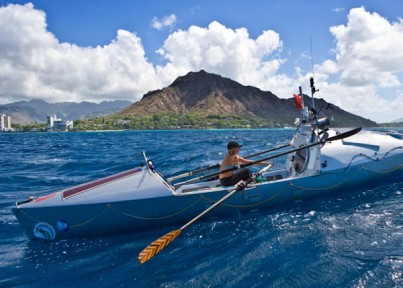 Paddleboard the Colorado. These two fellows helped the river finally kiss the Pacific during one of its rare dam raises.

Sally Goble started swimming when she was 30 and went on to swim the English Channel.

Row across the ocean with a team as part of the Great Pacific Race. 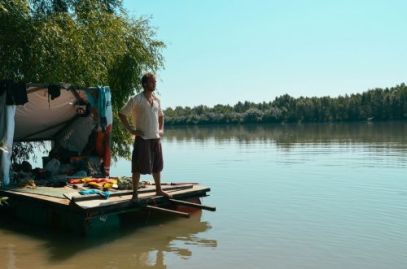 Raft a river and get picked up by the police- typical day for amateur pirate Jamie Bowlby-Whiting.